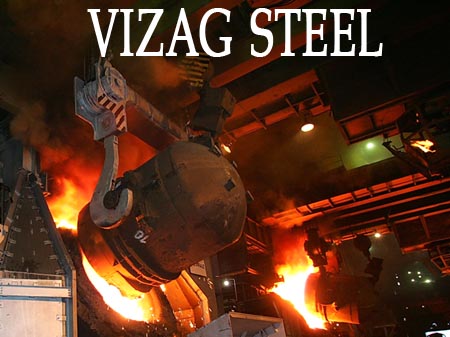 Visakhapatnam, also referred by many as ‘Vizag’ is one of the most commercialized cities in the state of Andhra Pradesh hosting a varied number of centrally, privately and state owned industries. The city of Vizag which is home to country’s largest seaport and the oldest shipyard is also known as the “City of Ports”.  From just being known as a fisherman’s village to outgrow and scale exceptional grown in economy and putting itself on the industrial map exhibits the growth and rising potential of the city. The county is home to “Rashtriya Ispat Nigam Limited” (RINL) also known as “Vizag Steel Plant” (VSP).

A completely Indian Government owned corporation, Vizag Steel was inauguarted by the then Prime Minister Mrs. Indira Gandhi in the year 1970 on 17th of April. Planning started in the year 1970 and the work saw its due course over the years with a new company RINL being formed on the 18th of February 1982. Constructed with the collaboration of USSR (former) and Germany, Vizag steel plant is among the most advanced in India and one of the largest steel plants globally. A huge mass movement arose, using the slogan "visakha ukku andhrula Hakku" (meaning - Steel for Vizag is the right of Andhraites, ukku - steel and hakku - right), which finally got the steel plant to the city.

Originally planned to be incorporated as a part of State owned “Steel Authority of India Limited” (SAIL), however in the month of April 1982, Visakhapatnam steel plant was separated from SAIL and was made the corporate entity to RINL with RINL being the global parent. RINL a wholly owned parent company by Government of India, it was granted the Navratna status. An Initial Public Offering (IPO) was released by the Govt. of India in line with the plans to divest 10% of its stake in RINL. 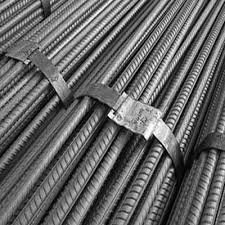 The company suffered huge losses during the initial periods however the profits went up by 200% making it the only steel industry to achieve such targets. VSP is the only Indian shore-based steel plant and is situated on 33,000 acres (13,000 ha), and poised to expand to produce up to 20 MT in a single campus. With a turnover in 2011-2012 of Rs. 14,457 Crores, in 2009 Honorable Prime Minister Manmohan Singh announced the expansion of Visakhapatnam Steel Plant from a capacity of 3.6MT to 6.3MT at a cost of Rs. 8, 692 Crores however the investment was revised to 14,489 crores.

Being rated as “the best place to work in India”, VSP is the perfect blend of revenue and growth scaling unforeseen heights and becoming one of the best companies in India.

Explore more about Business and Economy in Visakhapatnam