Visakhapatnam, also known as the “Goa of East Coast” has seen farthest of developments in the last decade. With all the industrialization that has happened in the city, Vizag has been able to get enough exposure and a lot of ethnic diversity with varied religious beliefs has moved into the city hence making it thorough Cosmopolitan city to live in.

With all the tourism in the city, it truly lives the name of the most sought after destinations in the state and on the east coast. The city also hosts a series of Festivals and Fairs out of which Visakha Utsav is one of the oldest and the most renowned. 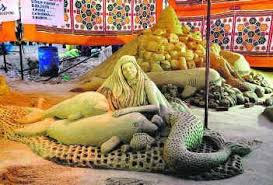 One of the grandest festivals of Vizag, Visakha Utsav is an annual festival that takes place from the third Friday for three consecutive days till Sunday of December every year. Visakha festival being arranged by the tourism department of Andhra Pradesh throws light upon the indigenous items of Vizag. 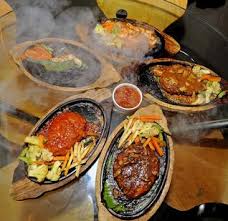 This much-celebrated festival of Visakhapatnam displays the richness and diverse culture of the land to the locals and tourists. Usually held on the Rama Krishna Beach, this festival sees numerous tourists every year. The main attraction of this festival being the Food stall, a lot of food lovers come to taste the various dishes on display. Other attractions are the fashion shows, cultural programs and art exhibitions. There are traditional flower shows, crafts exhibitions, sports events and heritage tours as well. Arranged by the Tourism Department in order to promote arts and craft of Vizag, Visakha Utsav makes the city come alive during this time of the year and people are filled with a sense of mirth and gaiety. There have been years where the Visakha Utsav had been postponed to the month of January.

The first Visakha Utsav festival was held in 1997 and ever since the festival has been celebrated every year under the ages of the Districts Collectors of Visakhapatnam to ensure that the tourism is deeply benefitted from the same as much as the local inhabitants.

It was the Honorable Chief Minister Mr. N Chandrababu Naidu who had inaugurated the Yatri Nivas
(Tourist's Home) at Appu Ghar and Araku Valley respectively. Rushi Konda Tourist Cottages and Water Park near Police Commissionerate as well during the 1999 Visakha Utsav. The Foundation Stone for Andhra Museum atop of the Kailasa Giri Hill is also laid during the period. Andhra University organized a seminar on Vision 2020. Also held during the same month were the Araku and Bhimili Utsavs. 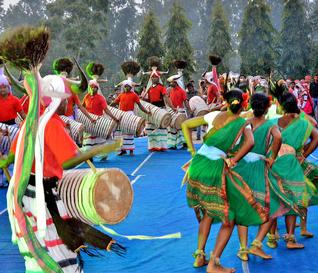 Ever since the inception, Visakha Utsav has grown with respect to the footfalls owing to the publicity done by tourists, local residents, and print and television media. More than 2 lakh people had attended the Utsav in the year 2013 and look promising for a much larger number in the year 2014. Being held at RK Beach which is a tourist in itself, Visakha Utsav becomes a reason for the tourists to pay a visit to the nearby tourist destinations such as Bojjanna Konda, Simhachalam, Dutch Tombs at Bheemunipatam,  Thotlakonda, Araku Valley, Borra Caves and Kailasa Giri which are often depicted to represent the Seven Wonders of Visakhapatnam.

With a lot of reasons for one to visit Visakhapatnam, Visakha Utsav certainly stands out to be one of the most important ones as it has got something or the other to offer. Vizag welcomes all the locals and tourists every year and works very hard to make it better than the last.