Visakhapatnam, which is known for its varied traditional and religious beliefs serves home to various temples as old as 200 BC till now. Being blessed with all the temples, Visakhapatnam is one of the destinations when it comes to pilgrims paying homage to all these temples for wishes to come true and to garner blessings. Sri Venkateswara Temple is one such temple in Visakhapatnam which has a lot of tourists seeking blessings from Lord Vekateshwara. Highly regarded for its history, significance and architectural beauty, this temple is a must visit in Visakhapatnam. 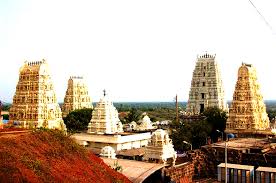 Munis who were praying for emancipation during the end of Dwapara Yuga, along with Garuda also entreated Lord Sri krishna for resting on his "SIRASSU" forever got the Lord Venkateswara to descend on "Garuda Parvatha" in upamaka village.

It is widely believed that the then king of East Godavari District, Sri Krishana Bhupaluda, constructed the Temple during 6th Century A.D. The Temple is being referred in - Brahmavaivartha Puranam also known as "Garudachala Mahatmayam”. Sri Ramanuja mentioned this Kshethram as one of the 108 sacred Vaishnava Abhimana Kshethrams. 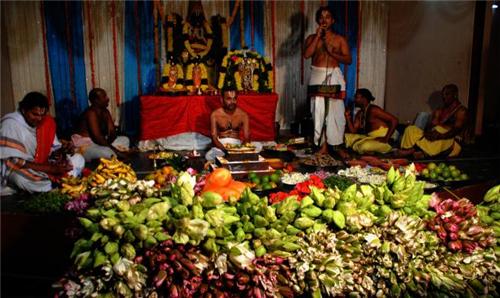 The abode of Lord Venkateswara is on the top of "Garudadri Hill". The hill when looked from a distance looks like the shape of a Garuda on which seated are the “Lord Venkateswara and Lakshmi".

Sri Venkateswara Swampy Temple is blessed as it’s the residing place for the Lord of the Lords "SRI VENKATESWARA" as per Hindu mythology. The legend is back in the days when the rock in the hill was moved, an idol structure of Lord Venkateswara was found and hence the decision was made to make a temple in that place. This temple is known as "SWAYAMBHOO" and a place of "APADA MOKKULU". This temple is also called as “Upamaka” which means that there is no other place in this living world equal to this as its par beyond. It is said that any wish or prayer is fulfilled in this temple immediately. Lord Venkateswara is known as giver of "PROGENY" or offspring. The Temple is famous for its "SCULPTURE" and "ARCHITECTURAL BEAUTY" which was built by an European Captain Blackmoor. The temple boasts of a small pyramidal entrance gopura, the port channel. The entrance of the inner harbor for ships and liners are visible from the temple.

Teppotsavam is yet again a colorful float festival is held every year where the idols are placed in the motor boat along the priests and devotees.


How to reach Sri Venkateswara Temple in Vizag

We have various city buses and transport facilities like auto rickshaw and cabs which be hired to reach the Hill and the temple. One could also travel on their personal vehicles.