Services and Utilities in Visakhapatnam

Visakhapatnam, also referred as Vizag by many is one of the most industrialized cities in the state of Andhra Pradesh. Due to the increasing employment opportunities in the city due to the advent of various public, private and government sectors, there are many people who move into the city from various parts of the nation. In addition to the local residents, the people migrating to the city make a considerable lot of educated workforce with day to day needs and services related to public utilities.

Public Utilities and Services on a larger retrospect could be broken down as our day to day necessities and urban developmental initiatives. Visakhapatnam rather the “City of Destiny” is paying no less attention to ensure that these services are met. 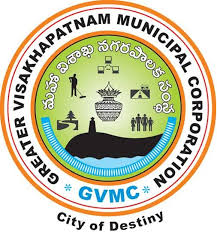 Like any and every city, Visakhapatnam has a municipality overlooking the jurisdiction of the city in terms of services with life and lifestyle in the city. Overall, there are various other factors which enable GVMC to function accordingly.

GVMC is responsible for roads, public transportation, water supply, records of births and deaths (delegated from central government Births and Deaths Registration Act), sanitation that includes waste management, sewage, drainage and flood control, public safety services like fire and ambulance services, gardens and maintenance of buildings. The sources of income of the Corporation are property tax, entertainment tax, octroi (now abolished from many cities) and usage fees for utilities.


Banks and ATM in Visakhapatnam

Being the most commercialized city in Coastal Andhra and carrying the most educated workforce in the state of Andhra Pradesh, Visakhapatnam has paved ways to a lot of National Banks to start their operations in the city. With major banks like SBI, SBH, ICICI, HDFC amongst others setting up their branches all over the city, there are smaller banks like Indian Bank, Andhra Bank amongst others who no none the less in doing the same. With more than 800 ATM’s in the city running 24/7, the banks ensure that the emergency cash withdrawal and other banking services are taken care off.


Postal and Courier Services in Vizag

Just like old times postal & courier services are integral parts of any city with respect to their strength in Utility services.  With the incoming of Phones and Emails, the postal service has certainly taken a hit however has certainly emerged stronger with the help of technology.

Just like the other services, transport services in the city plays a major role in the urban and rural development of the city. With a great attributed of being connected to NH5, the road services are to look out for. The city being the industrial hub and the capital of Costal Andhra, the Visakhapatnam Airport is the second busiest in the city along with the Visakhapatnam Railway as it’s connected with all the major cities in the nation.


Press and Media in Visakhapatnam

Visakhapatnam, being one of the most educated city in the state with the English as the primarily language for the workforce, the need for local and international press and media coverage is quite natural.

Times of India has its office based out of Visakhapatnam along with major other English, Telugu and Hindi print media companies. Some of them are:

The Times of India, Deccan Chronicle, The Hindu, The Hindu Business Line, The New Indian Express,
The Hans India

With other private magazines with Daily, Weekly and monthly subscriptions, the city sees a lot of readers inclined towards short stories, entertainment and page 3. “Yo Vizag” is one of the magazines providing all the necessary elements of the lifestyle and entertainment world.