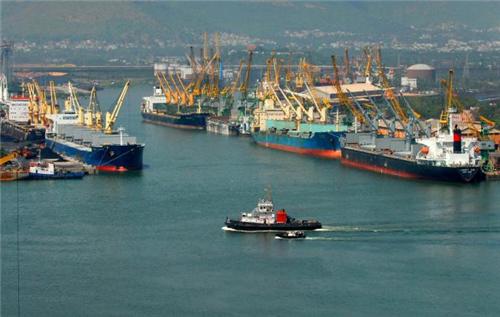 The Vizag Port was opened in 1933 keeping the growing economy and the trading needs in mind. As many know that Vizag Port is the largest port in the country making it a viable option and has placed itself on the industrial map. Following the GMT + 5.30 time zone, its located at a latitude of 17042' 00'' North and longitude of 83023' 00'' East. With three harbour viz, i.e. Outer, Inner & Fishing harbour, the Vizag Port stands tall to be termed as the largest port in the country. Though, Vizag has always been a dockyard for all the ships for trade, however with the advent of British Rule in 1858, the necessity of a Port was put forth which eventually after the I World War was agreed and approved by the British administration. The port was made on a wholesome cost of Rs. 378 Lakhs.

Island break water, a special feature of the harbour made by joining two ships to form the outline, a skeleton shaped structure around which a rubber mound is formed. Handling approximately 46 Million tones cargo in comparison to 1.3 Lakh tons of Cargo during its first year of operation, Vizag port has scaled heaps and bounds providing end to end solution to Andhra Pradesh’s and India’s trade market.

Vizag Port supplies to the turnkey businesses similar to fuel, power, steel and fertilizers apart from additional Industrial productions and playing important part for the farming and business growth of its surroundings raising from the south to the north. 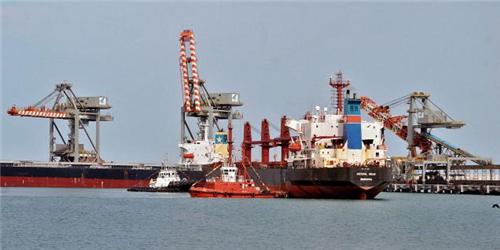 The Gangavaram Port was opened in 2008 stands tall as the deepest port of India. Following the GMT + 5.30 time zone, its located at a latitude of 17°37'0 N 83°14'0 E. Sustaining a feat of being one of the lone projects to be delivered on time, Gangavaram Port has been developed keeping all the weather changes in mind. With the deep draft berths and scaling operations, Gangavaram port has become one of the go to Port for Central, Eastern, Western & Southern regions across the country. The port operations provides efficient handling services for cargo for a varied mass, bulk, break bulk groups including Coal, Iron, Limestone, Fertilizers and Sugar.

Amongst the various feats, Gangavaram Port recorded a milestone by handling a fully laden cape-size coal import which was done for the first time by any port in India. Handling over 53 Million MT  of cargo in just 4 Years of its inception has put Gangavaram port in the fore fronts of Port & Cargo industry in the country.

It truly is considered as the most advanced, all season, deep water, multi-purpose port offering significant returns in terms of pricing. It’s also termed as a Next Gen Port. A bay is formed at the coast between Mukkoma Hill at south & Yarada Hill at north.