Wildlife is an important aspect of the evolution hence we need to take necessary steps to safeguard it. With various species of animals and birds and reptiles getting extinct, a special emphasis is being given to the well-being and care of all such habitats in wildlife sanctuaries. Visakhapatnam being one of the most sought after destination on East Coast, in conjunction with the Tourism Department maintains the Kambalakonda Wildlife Sanctuary which is one of the most serene and natural tourist spot. 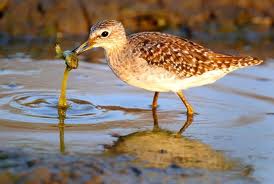 Located near Visakhapatnam is the “Kambalakonda Wildlife Sanctuary” forest. Currently under the control of Andhra Pradesh Forest Department since March 10, 1970, previously the land was under the control of Maharajah of Vizianagaram. Named after the local hillock Kambalakonda, it is a dry evergreen forest covering an area of 70.70 square kilometers mixed with scrub and meadows. The indicator species is the Indian Leopard. Kambalakonda wildlife sanctuary is situated in the Eastern Ghats. A small part of it is now converted into a nature park to promote eco-tourism. Being declared as a wildlife sanctuary in 2002, Kambalakonda was incepted to protect the flora and fauna in the region, as the ever-expanding industrial city was threatening to make all the species go extinct. Extending to an area of 7,139 hectares and consisting of gentle to steep slopes, Kambalakonda Wildlife Sanctuary is one of the most real life experiences to look out for.

The sanctuary is located between latitudes of 17.34o N to 17.47o N and longitudes of 83.04' E to 83.20'E. Corresponding to an area west of NH5 on the northern side of Visakhapatnam and Pendurthi in Vizianagaram district. It is approximately on a distance of 20 km from Visakhapatnam city.

There is diverse flora and fauna in this sanctuary representing the Eastern Ghats. Floral diversity is high and includes Catunaregam spinosa, Tectona grandis, Grewia tiliaefolia, and Abrus precatorius. 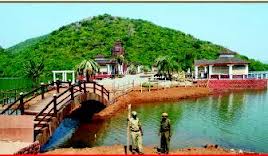 The sanctuary is host to a lot of film shooting for many of the film industries in south like Kollywood and Tollywood amongst others. The Eco-Tourism Park specially designed and maintained for all the locals and tourists who visit the sanctuary is full of greenery and has a large footfall of people all through the year. The sanctuary is also home to various households within the forest making them a living through various shops, tea stalls, lodges and small hotels.

Kambalakonda Wildlife Sanctuary is one of the many sanctuaries in India however the green forest makes it look more or less like just another forest providing it a terrestrial look within the tropical land. It is a must place to visit for all and should be included in your itinerary.