Visakhapatnam, also known as the “Goa of East Coast” is one of the largest cities in the state of Andhra Pradesh. Vizag, which is nestled by Eastern Ghats on one end and the Bay of Bengal on the other, serves home to some of the most scenic and beautiful tourist’s spots in the nation. Be it natural or man-made, the Tourism Department of the city ensures that the local’s residents or the tourists from all over the state and the nation have an amazing experience with enthralling view of the pristine locations along with a lot of fun and frolic to remember by. One such tourist spot is the Indira Gandhi Zoological Park (IGZP). It was declared open on the 19th May 1977. 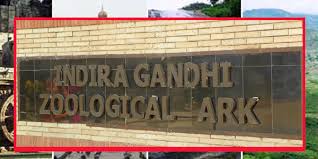 Situated in the scenic and beautiful Eastern Ghats with a natural feel of the mountains and green valleys, IGZP is one of the most sought after destination for wildlife lovers and adrenal junkies. Surrounded by Eastern Ghats on three sides and the mighty Bay of Bengal on the fourth, it has a perfect mix of all the conditions favorable to wildlife habitat. Spreading in an area of 625 Acres, it is one of the largest zoological parks in the nation and is about 4 Km’s away from the Visakhapatnam railway station on NH5. 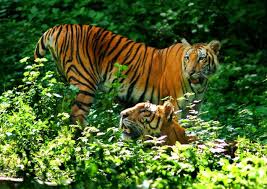 With over 80 species of wildlife, IGZP has more than 800 animals, reptiles and birds in it. It has an ensemble enclosure of carnivores, lesser carnivores, primates, mammals, reptiles, bird’s aviaries and ungulates with a well-planned and developed layout with a water body in the form of small ponds and rivers within the park.

Here are some of the examples:


The park is also home to: 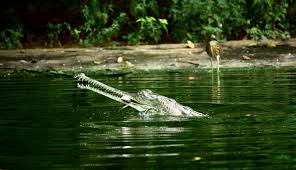 IGZP has plans to construct a nocturnal animal house, reptile house for small mammals, Lion Tailed Macaque and Deer. IGZP has also proposed to setup a Marine Land Complex on the shores of the Bay of Bengal in an area of hundred acres adjoining the zoo for the captive breeding of endangered marine fauna of the Bay of Bengal like Dolphins, Dugongs and Sea Turtles.

IGZP overall might be a fairly new zoological parks as compared to other Wildlife Sanctuaries in the nation however the fast paced development keeping all the objectives in mind makes it one place to experience for everyone. The collection of Species in the zoo has always enthralled people in the city and continues to do so.