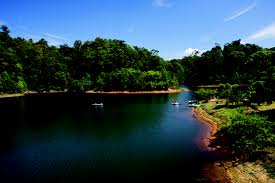 Visakhapatnam a city with different names like "Vizag", "City of Destiny" or "Jewel of East Coast" is one of the oldest cities in terms of living habitat, also one of the largest cities in the state of Andhra Pradesh and the biggest in the Coastal Andhra. Rich in its diverse culture and beauty, this city has historical and ancient religious beliefs. The Port City terms by many laureates is the administrative headquarters to the Visakhapatnam District and is one of the most sought after city for tourism due to its varied scenic and serene locations.

The history of Visakhapatnam goes as long back as sixth century BC with Hindu and Buddhist texts referring the city’s name depicting back to ancient times. In fourth Century BC, Panini and Katyayana have mentioned the name Visakhapatnam in their writings. King Thankappan Chettiyar used to rule Visakhapatnam before it came under Ashoka’s Rule under the kingdom of Kalinga in 260 BC. Later being passed on the kingdom of UTKALA being moved to Andhra Kings of Vengi and then onwards Pallava’s, Chola’s and Ganga dynasties ruled the city. The city was ruled by Qutb Shahis and Mughals, and then by the Nizams and for a brief time by France before the advent of Colonial Rule. Post-Independence, the city was split to help form the Vizianagaram District in the year 1979. Vizag
currently forms a part of Red-Corridor.

Another legend is that the city was named after Visakha who was a deity of valor and her beauty was as mesmerizing as Radha. It was said that Radha and Visakha born on the same day were equally beautiful and the Andhra King impressed by her beauty built a temple to pay respect and offerings to deity Visakha which is right now flooded under RK Beach.

The later history also exhibits proofs that the city has tomb of the Muslim Saint Syed Ali Ishak Madina dated back to 18th Century where people of all religions raise vows to offer respect and homage as a gesture of goodwill and to ensure a safe voyage.

Archaeological excavations showcase that Visakhapatnam was majorly a Buddhist city during King Ashoka’s rule as the victory over Kalinga Kingdom was so full of blood and gore that Ashoka took Buddhism going forward as a way to enlightenment.

Many sites in Visakhapatnam indicate that Buddhism was a widely known and followed religion during ancient times and they are substantiated through the findings at Thotlakonda, Bavikonda, Sankaram and Pavurallakonda.

Currently Hinduism being the widely followed religion in Visakhapatnam, Islam and Christianity followed by former religion. With Buddhism being followed for close to two millenniums as indicated by many Buddhist Sangharamas, it’s currently reducing to a stage of being scarce.

Visakhapatnam also known as the one of the top 20 fastest growing cities as per United Nations has a history to be known in itself. A city full of opportunities and a lot to explore, it stands out to be one of the most Historical city right from the Epic era till date.