The city of Visakhapatnam is one of the most developed cities in the state of Andhra Pradesh and a lot of credit goes to the industrialization and urban development that has been seen in the last decade or so. There are two planning commissions in the city of Visakhapatnam working for the welfare and upbringing of the city and they are Greater Visakhapatnam Municipal Corporation (GVMC) and Visakhapatnam Urban Development Authority (VUDA). Both the planning commissions play an important and integral role in Visakhapatnam scaling new heights in terms of business and economic growth along with Human welfare. The below article provides a brief introduction to GVMC. 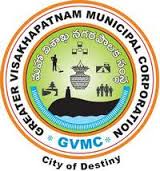 Being set up in the year 1858, Visakhapatnam municipality is one of the oldest planning commissions in the state of Andhra Pradesh. Fulfilling all the basic needs in terms of industrialization and infrastructure for the people in the city, the municipality of Visakhapatnam was turned to a Municipal Corporation in the year 1979. The corporation which included the city of Visakhapatnam and its whereabouts later was given the municipal governing of Gajuwaka Municipality and the surrounding 32 villages which paved way to the Greater Visakhapatnam Municipal Corporation. With further more merger of Bheemili, Anakapalle and 10 gram panchayats under the governance of GVMC, it currently stands out to be one of the oldest and largest municipalities in the state.

Administration and Zones of GVMC

The GVMC is divided into various numbers of wards to ensure smooth functioning and administration. Comprising of 72 Wards altogether within the 6 Zones, the councilor is chosen by each ward through a secret vote and such elections are held every 5 Years.

GVMC is majorly divided into two wings for Judiciary and Governance. These two wings are called as the Executive Wing and Deliberative Wing. The Municipal Commissioner heads the Executive Wing and is supported by the additional commissioner and chairs of the respective departments. The Deliberative Wing is headed by the Mayor of the city and the councilors chosen from respective wards constitute to be the assisting hands for this wing.

GVMC in the means for touching people’s everyday life and making it convenient has started various online services which are as follows:


The complaints service amongst the other online services is considered to be one of the most pivotal reasons for the betterment of the city with real time issues and complaints and ideas being lodged through the portal.