Visakhapatnam, a city which is widely known as the “Goa of East Coast” being the most sought after tourist spot in the state. It serves home to some of the most scenic natural and man-made locations. From Ramakrishna Beach to Submarine Museum, Araku Valley to Simhachalam Temple, nightlife to leisure hospitality the city, everyone has something or the other to cherish and savor. Such a tourist spot in the city is called as the Dolphin’s Nose. 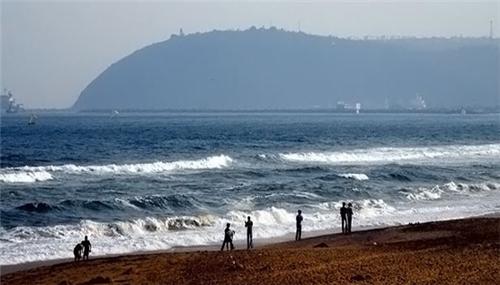 A huge rocky headland, Dolphin’s Nose is about 174 meters tall and is located in the southern part of the city of Visakhapatnam. Being named due to an uncanny resemblance to the shape of a Dolphin’s Nose, it is 358 meters above the sea level projecting majestically out into the Bay of Bengal and becoming a verdant spot for locals and tourists. The mountain range protects the Visakhapatnam Harbour as well as the Head Quarters of the Eastern Naval Command. The Visakhapatnam Port’s channel cuts in between three hills which emphasizes the lovely topography of Visakhapatnam. The mountain paves way for the sea water to come into the land area hence facilitating the Ships anchoring its base. 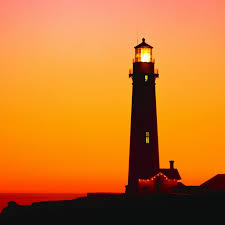 Apart from the magnanimous rock head structure and its natural formation of Dolphin’s Nose shape, we have a Light House on the top of the rock famous for its powerful beam which could be seen into the see from a distance of up to 65 Kms from the land area. The Light House belongs to the Visakhapatnam’s Port Trust. Offering a panoramic view of the entire city, it is one of the oldest light houses in Visakhapatnam. The light beam flashes out the Light House every 10 Seconds becoming useful for the shippers and sailors. The Light House is standing on Yerada Hill range.

Being in the city of Visakhapatnam, trains at regular intervals make a trip through tunnels and valleys to reach Dolphin’s Nose. People could take their personal conveyance as well. Public transport like buses and vans are also available.

Dolphin’s Nose is also known as the Black Mores’ hill. With a Temple, a Mosque and a Church, religious followings have been kept intact as each hill on this headland has one place of worship, dedicated to three major religions in the world.

The Dolphin’s Nose remains open to public on all days however keeping the altitude of the mountain and the Light House, a special emphasis is given on the safety of the tourists. The ideal time would be from Morning 6:00am to 8:00pm.

The winter months of October to March offer pleasant climatic conditions and the best time to visit Dolphin’s Nose and the beautiful city of Visakhapatnam.

In a nutshell, Dolphin’s Nose is a tourist spot which shouldn’t be missed. It’s a must see due to its significance with respect to harbour operations and pristine sights.