Visakhapatnam, offered as “Vizag” is one of the most industrialized cities in the state of Andhra Pradesh and serves as the capital of Coastal Andhra. Sports is one such passion that locals and tourists in the city are always looking forward to. Cricket is the most followed sport in the city followed by football and tennis. 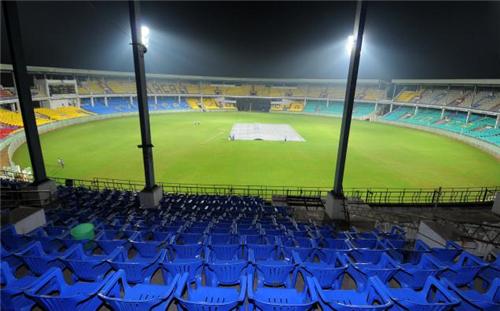 Visakhapatnam being home to various local cricket teams participating in district, cluster, state level matches. Between households, Gully cricket (a form of cricket played in streets or parks) is quite a popular pastime. The city is home to seven cricket stadiums all over hosting Ranji Trophy matches, National Level Matches & Club crickets.

Indira Priyadarshini Stadium also known as the Municipal Corporation Stadium, hosted the first ODI match on 9 December 1988 and the last of the five on 3 April 2001. Due to the advent of the newer ACA-VDCA Stadium based out of Madhurawada, Indira Priyadarshini Stadium has discontinued hosting any more ODI matches. Situated in the hills, this provides a scenic view. It also credited with being hosted the Twenty-20 match, however that got abandoned due to rain.

With the epic win against Pakistan, the YSR-ACA-VDCA Stadium started their hosting of ODI’s as its first match going ahead and hosting others with Sri Lanka in the second, Australia in the third and the West Indies in the fourth. YSR-ACA-VDCA stadium has been upgraded for night matches as well. Equipped with the most advanced floodlights in India, after Jawaharlal Nehru Stadium in Kochi, it is one of the most sought after stadiums in the state of Andhra Pradesh for Day & Night cricket matches.

The stadium was recently named the YS Rajasekhara Reddy Stadium. A T20 match was scheduled between India and New Zealand however was abandoned due to rain.

Port Trust Golden Jubilee Stadium has hosted the Under-19 Youth Internationals and is the second-largest stadium in the city of Visakhapatnam. Though the city has not hosted a test match ever, the ACA-VDCA Stadium was recently awarded test status which is the ninth stadium with test status in the country, and the second in Andhra Pradesh after the Rajiv Gandhi International Cricket Stadium in Hyderabad. 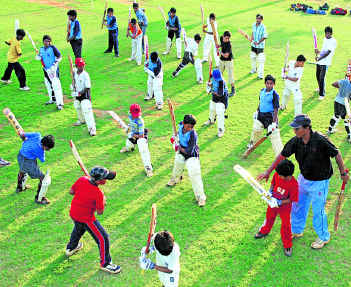 With so much of love and passion for the sport, the city also serves home to some of the most sought after Cricket coaching academies. These academies help youngsters to pursue their dream of being a national level cricketer in various forms of the sport as a profession.Some majorly know academies are:

Explore more about Sports in Visakhapatnam