Visakhapatnam is also spelled as Vishakhapatnam and is known as Vizag too. It is a city in Southern India (Andhra Pradesh state) about 610 kms. from Chennai in Tamil Nadu. Vizag is an administrative and commercial centre with some amazing first's to its credit!


Some Amazing Facts About Visakhapatnam

You will be surprised to know that Visakhapatnam has served as the base for the first and the largest naval command in the country! It is also the only Natural Harbour on the east coast of India. First nuclear submarine of India - INS Arihant (destroyer of enemies) was built in Visakhapatnam. 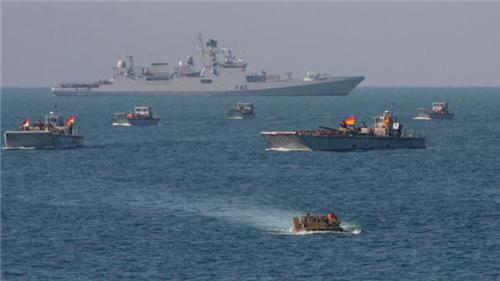 India's first Naval Base was in Visakhapatnam

The Eastern Naval Command (ENC) of the Indian Navy in Vizag is one of its 3 major formations. ENC has its Headquarters in Visakhapatnam with bases in Kolkata too. Eastern Naval Command is responsible for areas of states of Orissa, Tamil Nadu, Andhra Pradesh, West Bengal and Andaman and Nicobar islands.


Visakhapatnam has Two Major Ports in the World

There are thirteen major ports in India and Visakhapatnam is one of them. It is the major port in the state of Andhra Pradesh lying on the east coast in between Chennai and Kolkata Ports.

Visakhapatnam Port comprises of Outer harbour, Inner Harbour and Fishing Harbour - three harbours in all. Cargo and crude commodities such as manganese ore, coal and crude oil, steel products and Iron ore are all handled in this port. This city on the south-east coast of Bay of Bengal is also known as 'City of Destiny' and 'Jewel of the East Coast'. Click here to read more on ports in Visakhapatnam 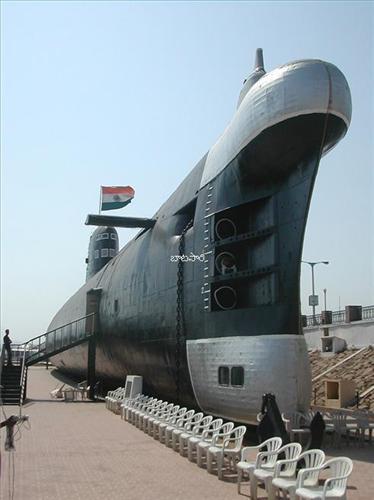 Do you want to know about the most visited place by tourists in Vizag? Well, you are right there --- though virtually! Yes, about 500-600 visitors come to this museum and the numbers are much more during peak tourist season. Actually, INS Kursura (S20) happens to be a Kalvari-class diesel-electric submarine of the Indian Navy - India's 4th submarine. However, after it was decommissioned, it was displayed for the public at Ramakrishna Mission Beach in Visakhapatnam. Today it is a 'must-visit destination'  and the submarine holds the honour of receiving Navy's 'Dressing Ship' honour which is awarded to active ships only.

The Kurusura Submarine Museum in Vishakhapatnam was inaugurated on August 9, 2002 by the then Chief Minister of Andhra Pradesh Shri N.Chandrababu Naidu. It was opened for the pubic on August 14, 2002. There are guides and curator for educating visitors on submarines.


India's Oldest Shipyard is in Visakhapatnam

The first and also the oldest shipyard in Vizag is Hindustan Shipyard Limited (HSL). It has a long and interesting history of entrepreneurship too! This ship yard was initially built as The Scindia Shipyard by industrialist Walchand Hirachand as a part of The Scindia Steam Navigation Company Ltd.

It was here that the first ship namely, Jal Usha was fully and indigenously built in this Shipyard. However, Walchand died in 1953 and some years later the Indian Government decided to nationalize Scindia Shipyard owing to its affiliation with the defense sector of India. The Ship yard was nationalized in 1961 and was now known as Hindustan Shipyard Limited (HSL).

After year 2009, HSL came under the Ministry of Defense from the Ministry of Shipping. Arihant class submarine was built here only including other offshore patrol vessels, hundreds of vessels, repair work for ships, support vessels, drill ships and offshore platforms.

Overhauling of Navy submarines and the construction of nuclear-powered submarines with a dry dock, wet basin and major repair work for ships and submarines is yet another feather on its cap!

When you visit Vizag, do take out time to visit the port, harbour and museum. It will be like an educational, historical and informative tour for you! True, Visakhapatnam amazingly stands first in our list of tourist places --- a place with many first's!