Visakhapatnam also known as “Vizag” is the administrative headquarters of Visakhapatnam district in Andhra Pradesh. Vizag also known as the “City of Destiny” or termed by many as the “Goa of East Coast” in India is one of the oldest and richest in terms of its being, culture and heritage. Renowned for its tourist spots, industrial growth, Sea trade, Vizag is considered to be the  commercial capital of coastal Andhra Pradesh. This “Jewel of East Coast” is the headquarters of  Eastern Naval Command.

The city was named after the God (Deity) of Valor-Visakha and used to be a part of Kalinga Kingdom under Ashoka’s rule during 260 B.C. Later in the history, being moved to Andhra Kings of Vengi and then onwards Pallava’s, Chola’s and Ganga dynasties ruled the city. Vijayanagar was later known to have Visakhapatnam within its empire.
The city was ruled by Qutb Shahi’s & Mughal’s, Nizam’s and for a brief time by France before the  advent of Colonial Rule. Post-Independence, the city was split to help form the Vizianagaram District in the year 1979. Vizag currently forms a part of Red-Corridor.

Vizag predominantly is a Telugu speaking city. Although with the arrivals of small communities
belonging to Tamil, Malayalam, Hindi, Punjabi, Bengali, Oriya, Gujarati & Nepali amongst many, Vizag is diverse in its languages. The advent of all these communities was due to the Public Sector Undertaking Companies as well as the Eastern Naval Command and it’s pretty recent. 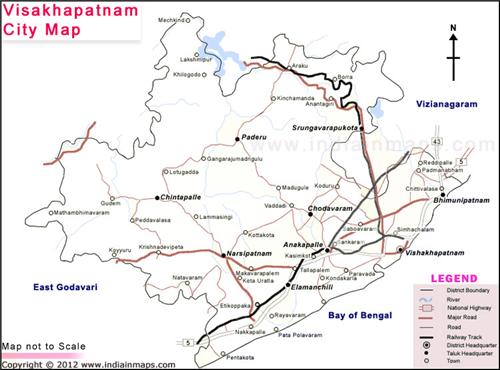 Vizag, a coastal district on the East Coast is approximately 650 Km’s and 350 Km’s to two other major cities on Andhra Pradesh, i.e. the Capital city “Hyderabad” and Vijayawada. It forms a major junction for all the travel from coastal Andhra to various parts of India or overseas.

Being the commercial capital of Coastal Andhra Pradesh, it’s very important for Vizag to be well
connected through all modes of transport to all the minor and major places within the state and  the country and to international locations. NH5 is the most important connection to the the Global Quadrilateral system of Indian Railways connecting metros like Chennai (Madras) & Kolkata (Calcutta). Vizag is one of the largest cities in the state with the most well connected roadways within the state and other states across the country.Visakhapatnam International Airport is  one of the the busiest airports with daily flights across India and International locations like Singapore, Dubai amongst many.
Termed as the capital of Coastal Andhra, it becomes quite imperative for the district to ensure that the Visakhapatnam Railway Station has well connection to all the cities within Andhra Pradesh and others across the country. The Visakhapatnam-Kirandul Express is the one of the well-known trains to Araku Valley from Visakhapatnam city.. 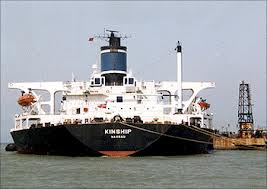 Visakhapatnam in Andhra Pradesh is known to be the central hub of the State. Vizag Steel Plant has been the front runner for Vizag to achieve the industrial heights that it has and continues to be so. Both the ports i.e. Visakhapatnam Port & Gangavaram Port also constitutes to a lot of revenue  yield and add on to the industrial strength. Hindustan Petroleum is one of the other Multi-Billion dollar investments that took industrial grown in Vizag to record heights.

Many industries in Vizag are state owned. The Dredging Corporation of India also helps in scaling
new heights in Vizag. 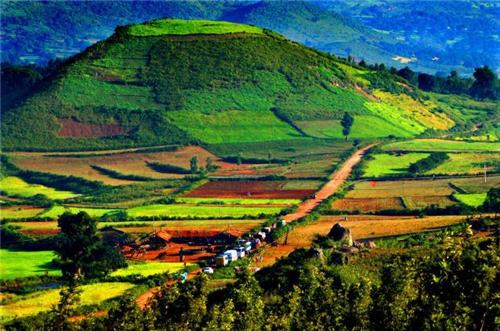 Tourism is most talked about in Vizag as it hosts some of the most beautiful natural and man-made tourist spots. Right from Araku Valley to Submarine Museum, RK Beach to Borra Caves amongst  others, it has a perfect blend of all the places that would attract crowds of all age. Tourism industry is one of the high yielding industry in Vizag, with lot of employment options and one of the key sources of Vizag being so self secular.

Vizag, gives no less emphasis in sports with cricket being the most famous having seven cricket stadiums in the city hosting many Indian and International matches. Local schools and colleges also promote sports like Football and Tennis.